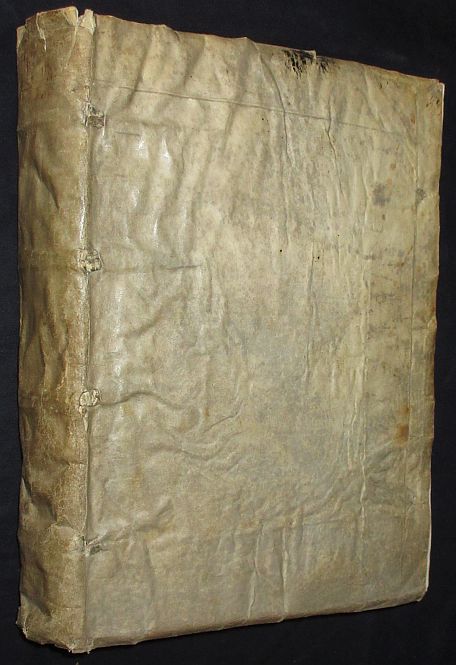 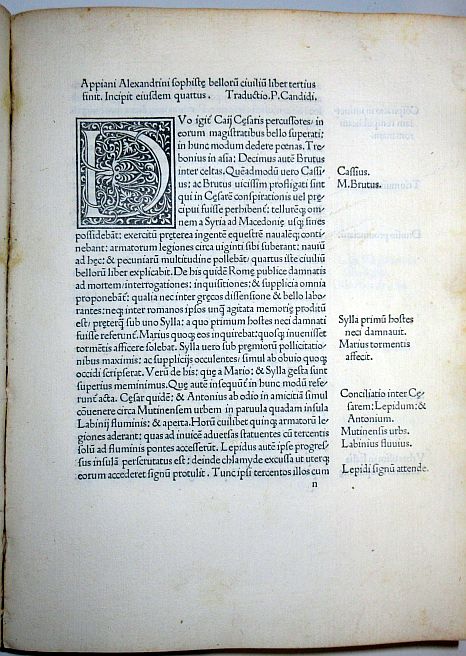 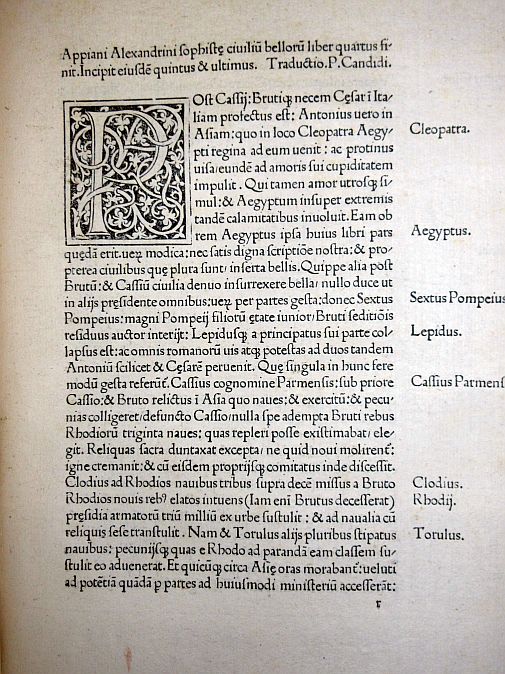 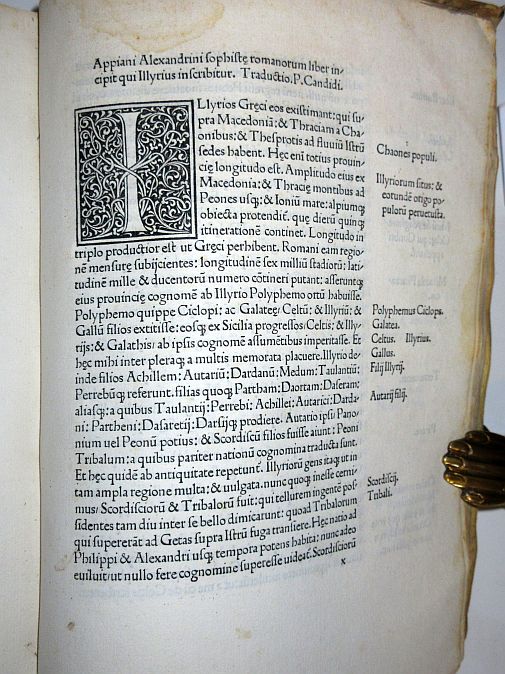 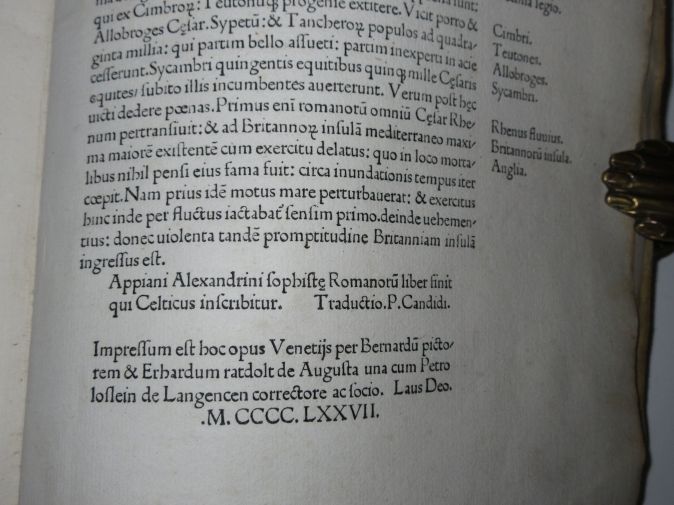 The fine large first Ratdolt edition with its beautiful typography. [211] (of 212) ff (lacks first blank). In limp vellum of the time with remains of ties, renewed end papers. Text in round Roman type, superb 3-sided white vine-on-black border on a2r, woodcut white-on-black initials in two sizes throughout. First text leaf (a2) has contemporary marginalia in 2 old hands and some light staining and has been discreetly remounted. A fine large copy. This volume is noteworthy for its beauty typographically, and for the superb border and initials, among the earliest to appear in an Italian printed book as part of its original design. Part II had been printed five years earlier in 1472 by de Spira but this is the first Ratdolt. Vellum is aged but sound with some old repairs, quite handsome. Interior text has minor occasional foxing or staining otherwise in very good condition. : "To my mind there are few printed books of any age which can be compared with the Appian of 1477, with its splendid black ink, its vellum-like paper, and the finished excellence of its typography." (Redgrave). Appianus c.95 – c. AD 165) was a Greek historian with Roman citizenship who flourished during the reigns of Emperors of Rome Trajan, Hadrian, and Antoninus Pius. The most important remnants of Appian's work are the five books on the Civil Wars—books 13–17 of the Roman History. These five books stand out because they are the only comprehensive, meticulous source available on an extremely significant historical period, during which Roman politics were in turmoil because of factional strife. This is a translation of Appian by the distinguished humanist Pier Candido Decembrio (1399-1477) , who was commissioned in the 1450s to translate the Appian (from Greek to Latin) by Pope Nicholas V. With the bookplate of noted collector Kenneth Rapoport on the inside front cover. ; 4to 11" - 13" tall

Economy and Society An Outline of Interpretive Sociology 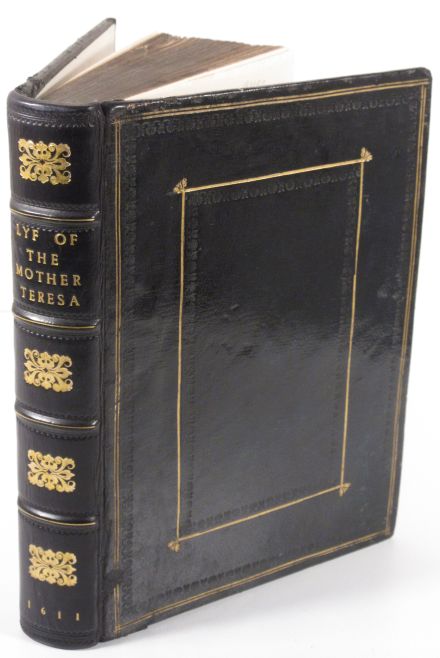 The Lyf of the Mother Teresa of Iesus foundresse of the monasteries of the descalced or bare-footed Carmelite nunnes and fryers, of the first rule. Written by her self, at the commaundement of her ghostly father, and now translated into English, out of Spanish. By W.M. of the Society of Iesus

Canada and the Russian Revolution; the Impact of the World's First Socialist Revolution on Labor and Politics in Canada