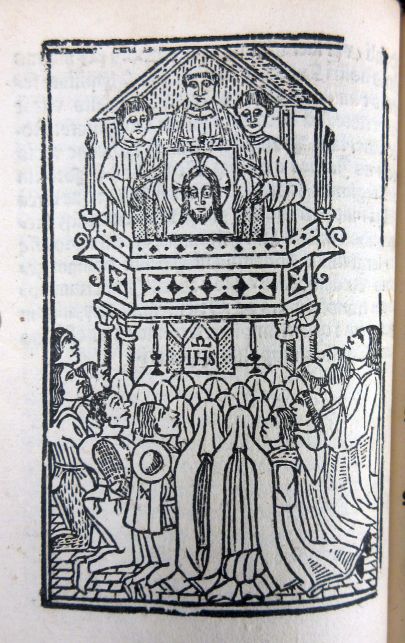 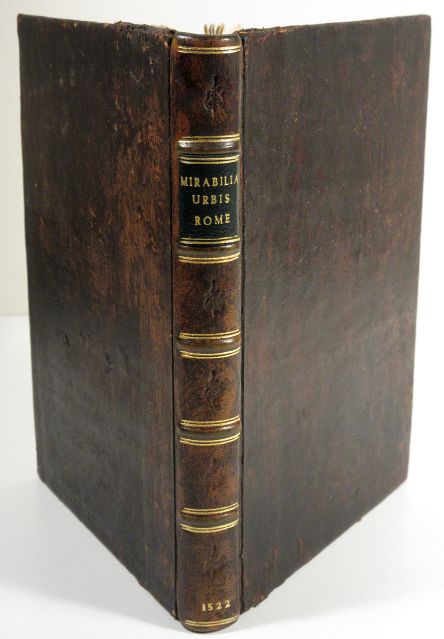 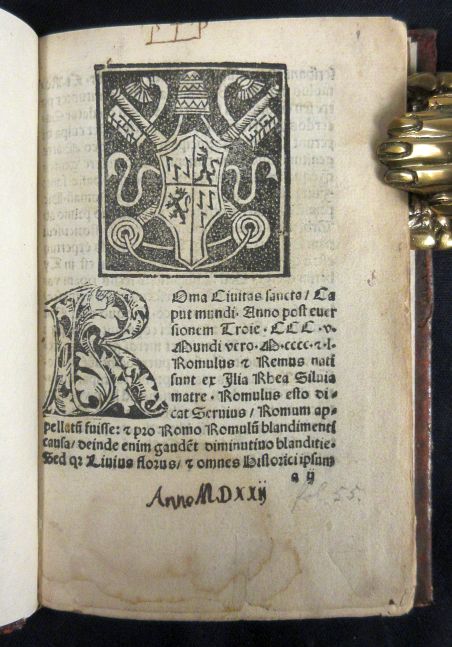 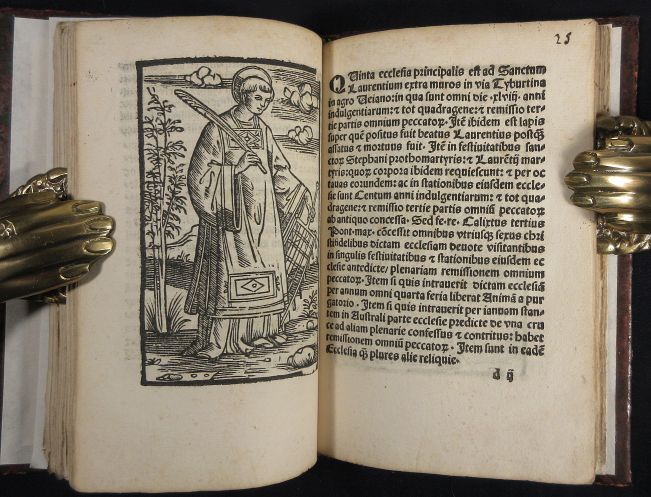 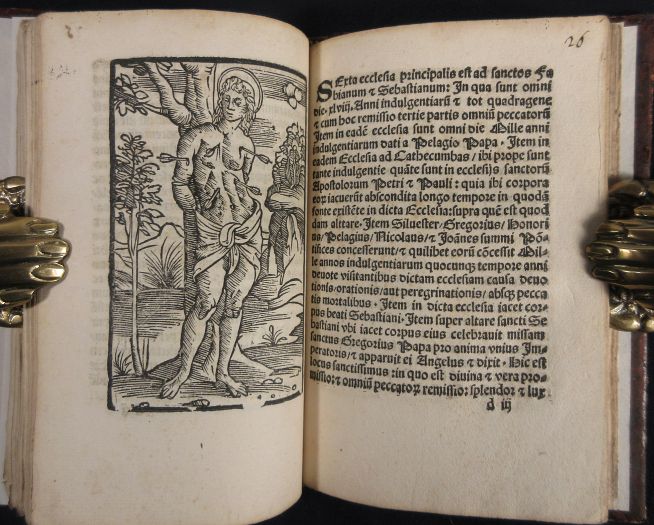 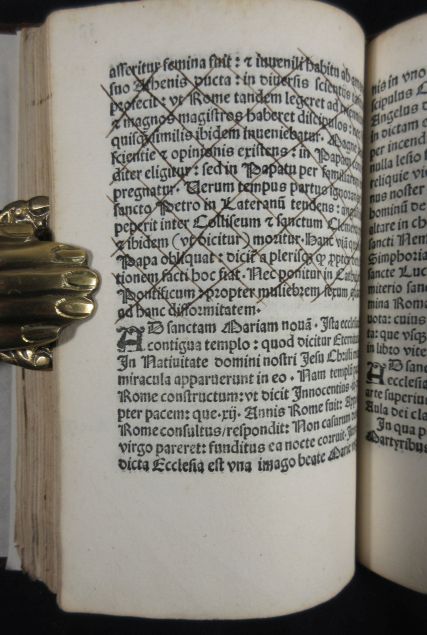 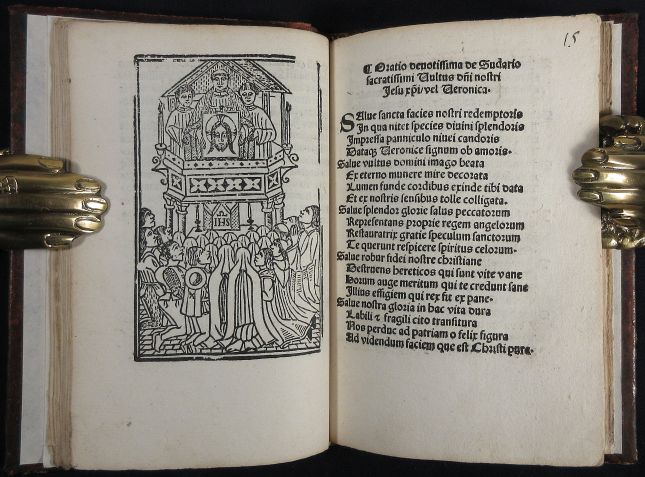 Very scarce post-incunable edition of the famous marvels of the City of Rome, prefaced as common with work on the indulgences of the churches of Rome. With 7 full page woodcuts, papal arms and large initial. In two parts: [55] (of 56), + [8] ff. a8-g8 (missing a1) plus the 8 leaves of the Mirabilia without signatures or catch phrases. Lacks title. Printing information on g8. Leaves have old hand-inked page numbers continuous through both parts. Small marks and occasional light stains, first leaf has marginal losses at bottom and stronger marks, old neat ink notation at top of leaf, date of 1522 written in. In renewed leather boards with a new handsome spine with 5 raised bands and gilt. Renewed endpapers. Handsomely printed in Gothic type with 7 magnificent woodcuts. The lines on the legendary Pope Joan have been neatly crossed out. The Mirabilia Romae is a rare text, one of the first printed guide books to the marvels of the Eternal City. The tradition of the Mirabilia started in the medieval period as a guide for the use of Pilgrims, combining Christian beliefs and the mythology and history of Rome. "Unhampered by any very accurate knowledge of the historical continuity of the city, the unknown author has described the monuments of Rome, displaying a considerable amount of inventive faculty," according to the Catholic Encyclopedia. The printer of this work is Marcello Silber, who ran the family establishment in Rome until 1527. His father, Eucharius Silber, had printed a number of earlier editions of the Mirabilia, including a 1491 incunable edition. Eucharius was also famous as the printer of Columbus letters about his discoveries in the New World, as well as Amerigo Vespucci's Mundus Novus. This work with its wonderful woodcut illustrations is scarce in any edition, this edition not in WorldCat. This copy very attractive inside and out. Provenance: the Joseph Mendham collection. ; 8vo 8" - 9" tall; 55 + 8 pages 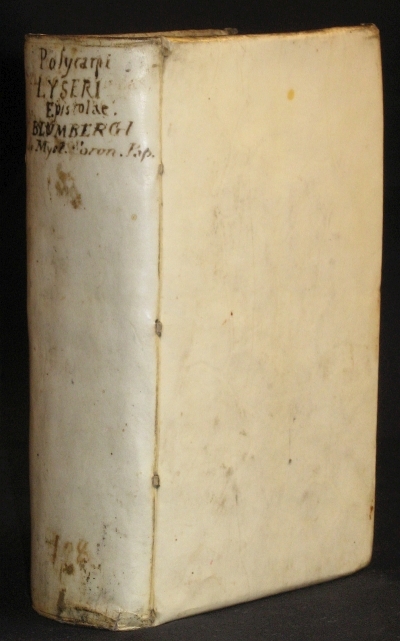 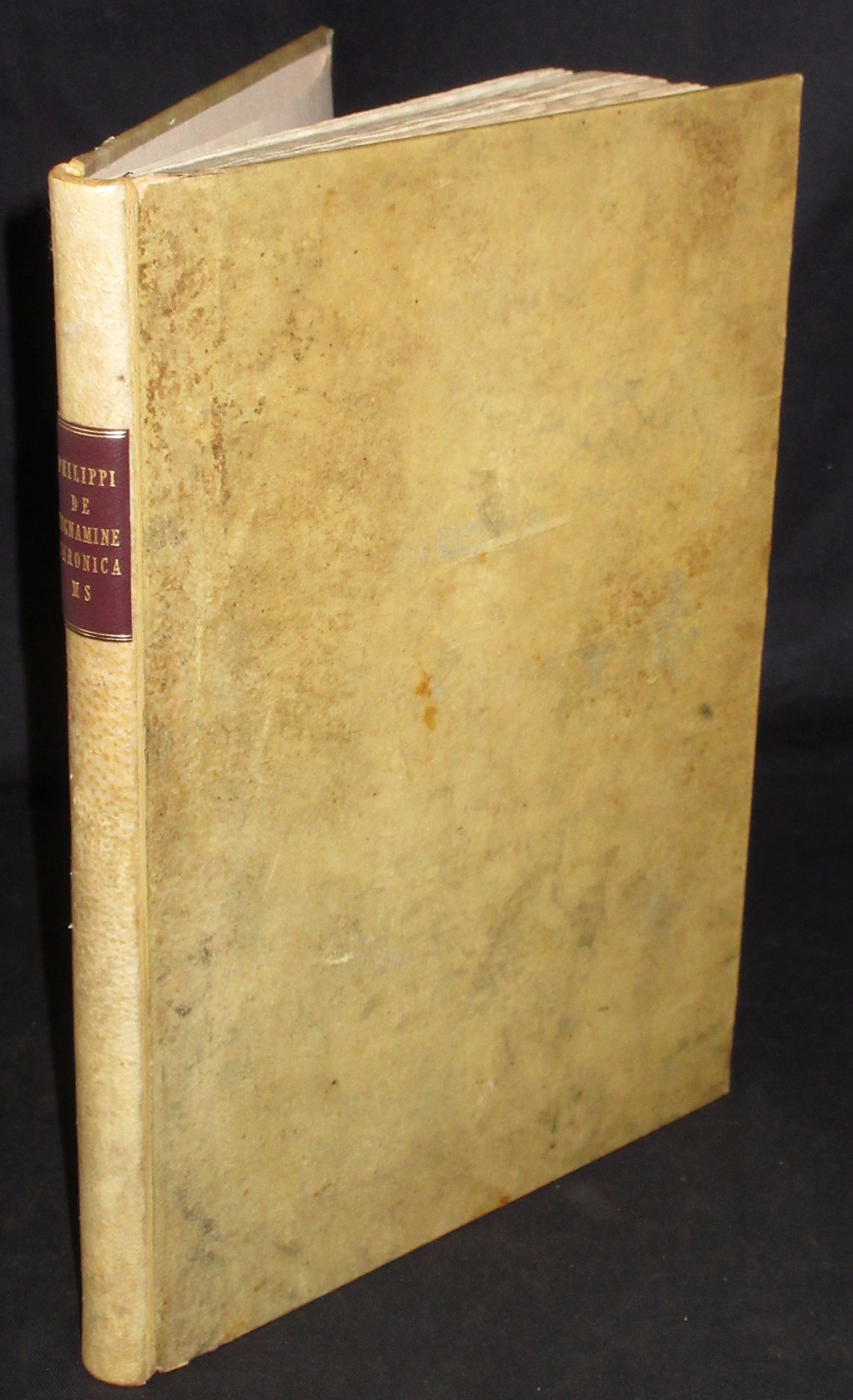 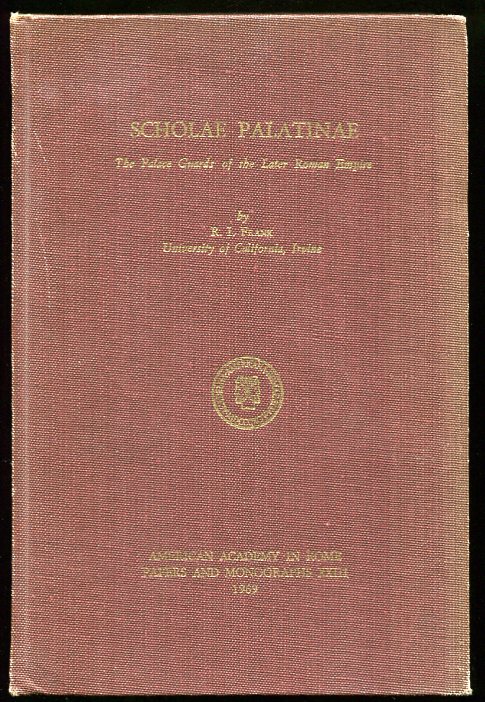 Scholae Palatinae The Palace Guards of the Later Roman Empire 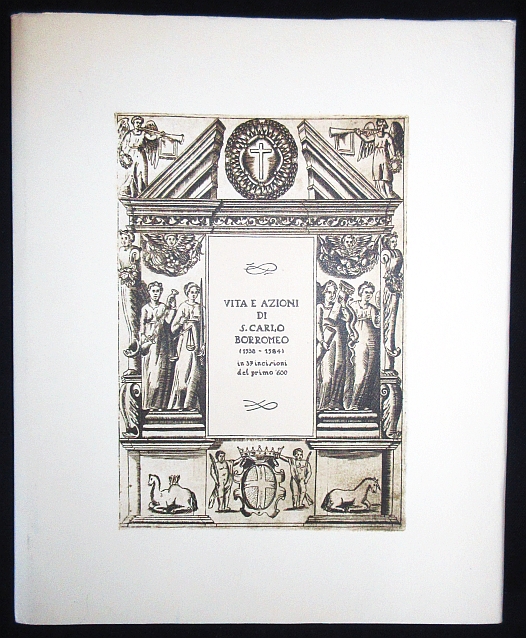 An Island Paradise and Reminiscences of Travel