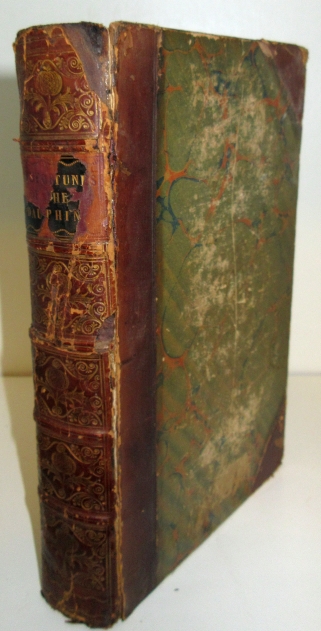 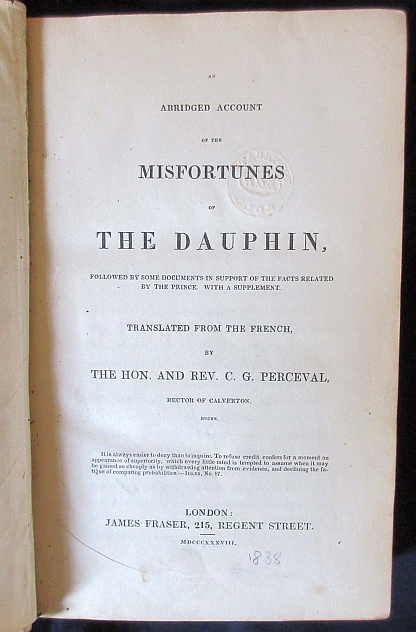 An Abridged Account of the Misfortunes of the Dauphin

By: Perceval, The Hon. And Rev. C.G., Translator

714 pp. Presumed 1st English edition. Translated from the French by Perceval. "Followed by some documents in support of the facts related by the Prince. With a supplement." An account of the Dauphin, whose father of Louis XVI, King of France, was executed during the Revolution. The young Dauphin also died, but rumors circulated that he was alive and had been hiding under various aliases in various places (much as rumors that Princess Anastasia had survived the Russian Revolution). This book supports the claims of one such "prince in disguise" -- an interesting historical ort. Handsome leather spine with gilt and five raised bands is chipped at top, black label is mostly gone, backstrip is lifting, front board detaching. Leather corners little rubbed and marbled boards ditto. Interior has handsome contemporary gift inscription, as well as later name stamp, small stamp to title page. Folding facisimile letter has an old cello tape repair, otherwise clean and unmarked.; 8vo - over 7¾" - 9¾" tall

Title: An Abridged Account of the Misfortunes of the Dauphin 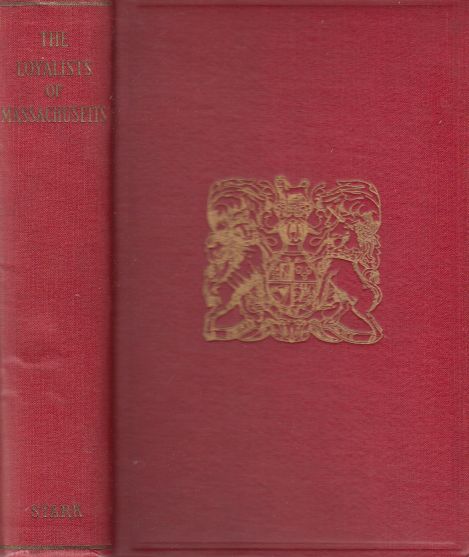 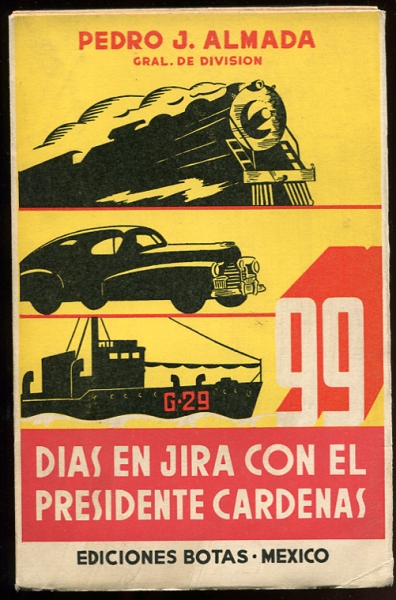 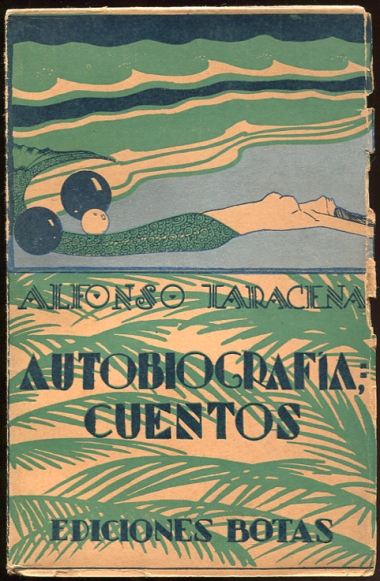 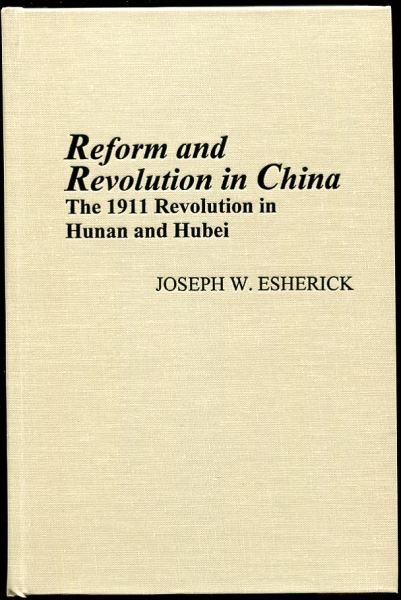 Naval History of Fairfield County Men in the Revolution: A Tale Untold

Canada and the Russian Revolution; the Impact of the World's First Socialist Revolution on Labor and Politics in Canada

An Abridged Account of the Misfortunes of the Dauphin