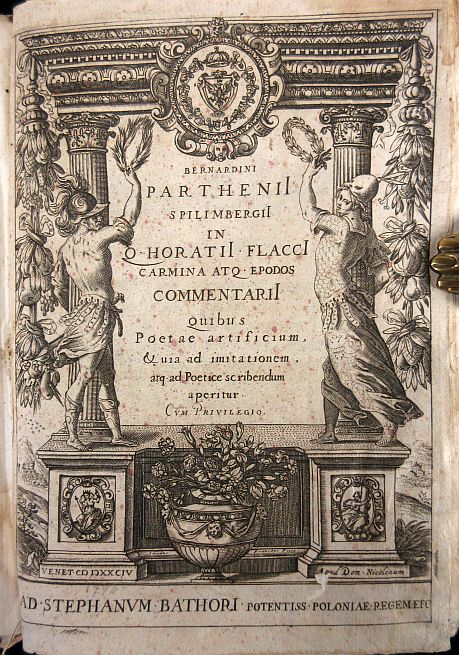 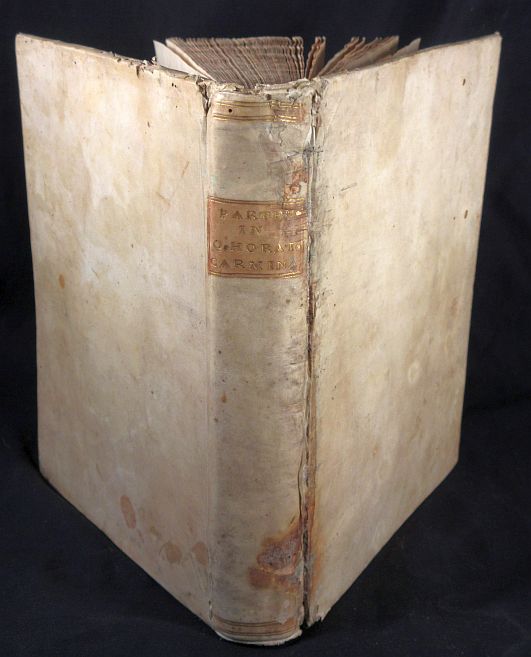 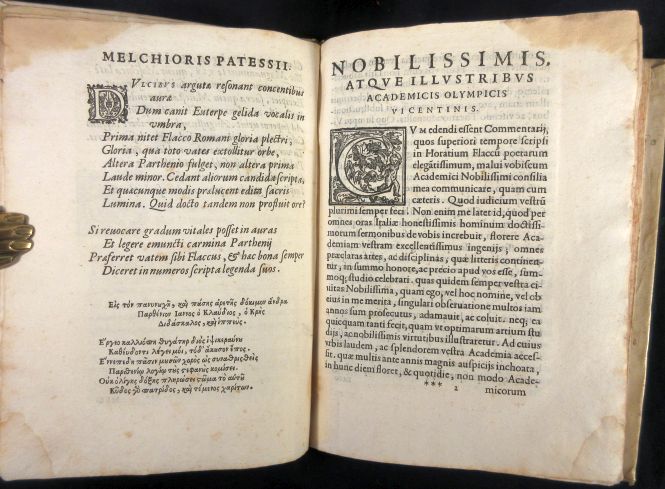 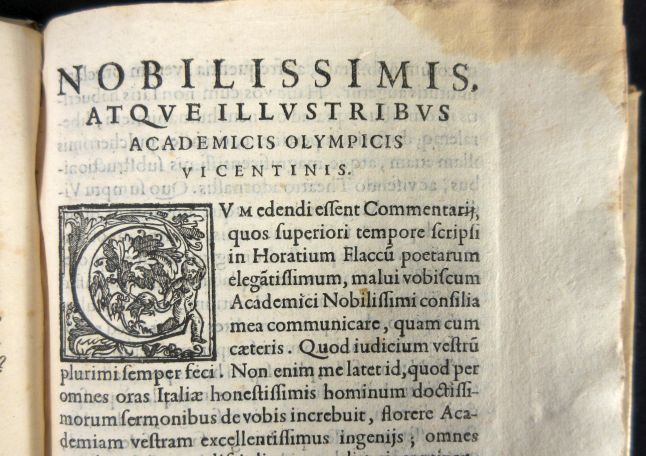 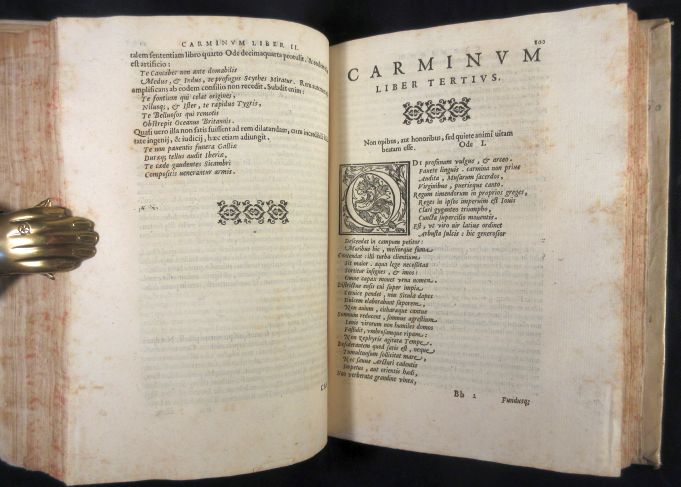 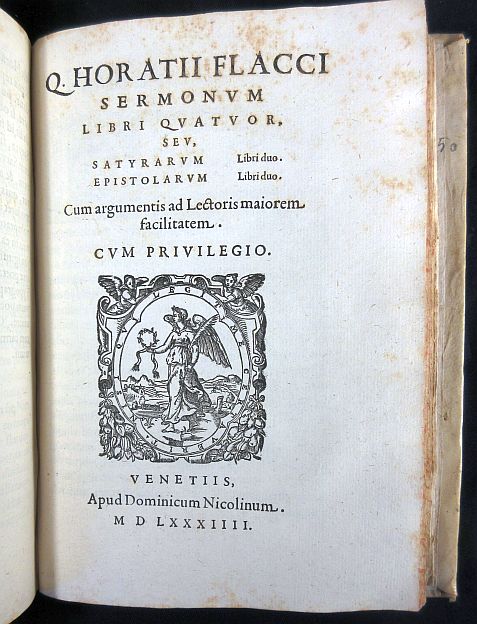 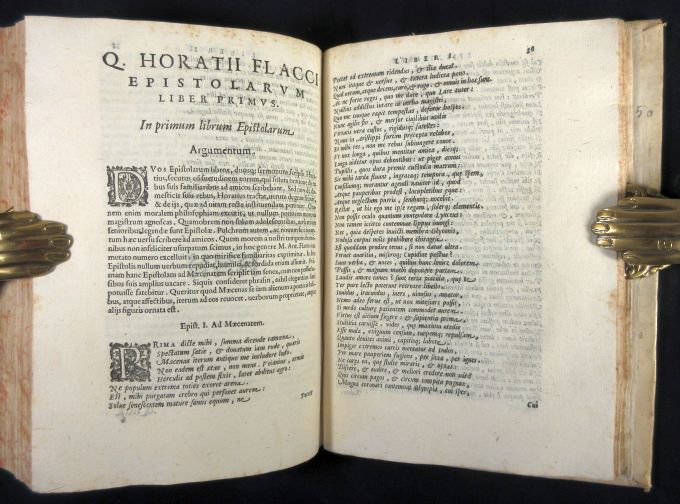 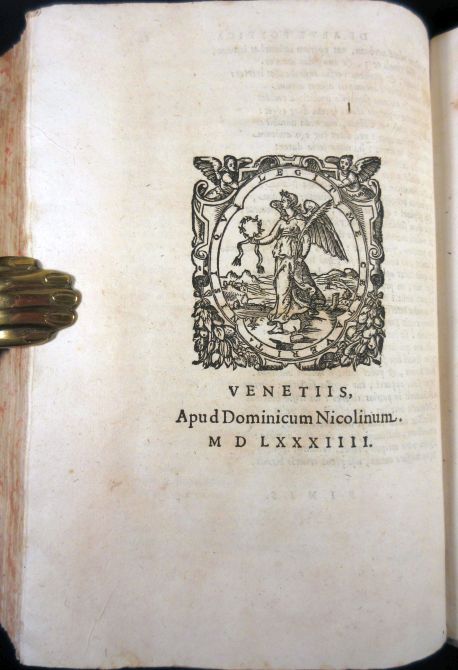 Title, [12], 8, 178 (ie 176) pp & [4] ff, 61 pp. (Numerous errors in pagination but signatures are correct and all present. ) In later full hard vellum with gold spine label and ruling. Engraved title page; title surrounded by architectural border with male and female figures holding wreathes. At bottom: Iacobus Franchus fecet. Errors in foliation: leaves 73-74 omitted; 129, 144, 155, 160 wrongly numbered 126, 244, 255, 161. Noted in Brit. Mus. Cat. And H. M. Adams, Cat. Of books printed on the continent of Europe, 1501-1600. Includes index. Pt. [2] with title, Sermonum ... Sev, Satyrarum ..., has separate foliation & register. Pt. [2] has device of D. Nicolini on t. P. & last leaf, verso. Includes text as well as commentaries. Oclc 77647447. Vellum is rubbed a bit at the extremities, front joint cracked with some old repairs and at top of spine, a few small wormholes in the vellum. Interior engraved title page has some foxing, there is occasional small foxing throughout and very occasional old marginalia. Quire R in the first section is more browned than the others, and the corner is off Oo2 in the margin, otherwise quite nice. Numerous pencil bibliographic notes in the end pages. Binding is sturdy. Beautifully printed with complicated typesetting, with Greek, Latin and switching in and out of italic type. The work was published by Nicolino, "however the printing was shared by the Aldine Press, so that in some copies the name Aldus appears, while in others the name of Domenico Nicolini appears." This copy credits Nicolino. The editor and commentor was Bernardino Partenio, of Spilimbergo, a notary, doctor, classicist and humanist. Horace, of course, was the leading lyric poet of ancient Rome, who flourished in the age of Augustus Caesar. His first work, the first book of Satires, was published in 35 B. C. About a year later, Maecenas presented him with the celebrated Sabine Farm, and Horace was at liberty to the end of his life to do as he liked. Before he died he was famous: the Emperor Augustus commissioned him to write the fourth book of Odes. He died eight years before the birth of Christ. A surprisingly scarce work, with interesting publishing history. Only two copies in the auction records in the last 50 years. ; 8vo 8" - 9" tall 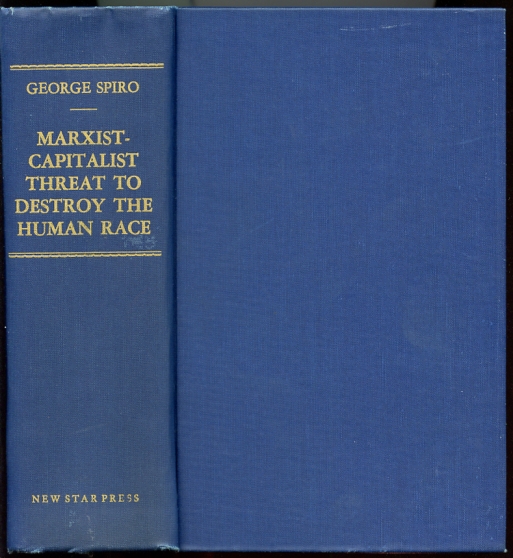 Marxist-Capitalist Threat to Destroy the Human Race--A Call for Survival On the Evolution, Scope and Forthcoming Termination of Male Hegemony in Society. 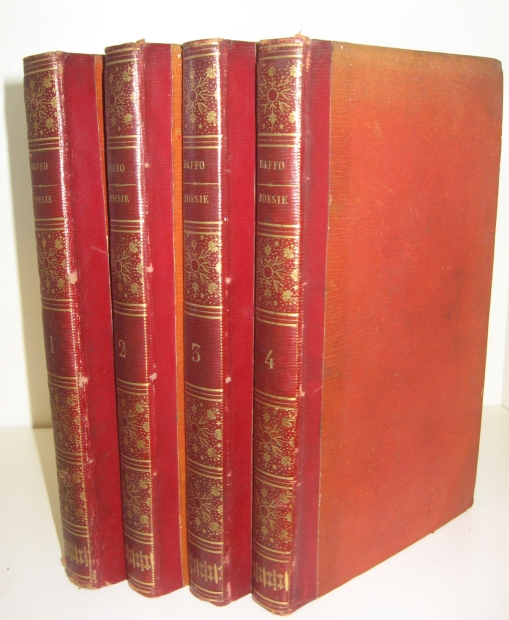 The Hymen. A Medico-Legal Study in Rape 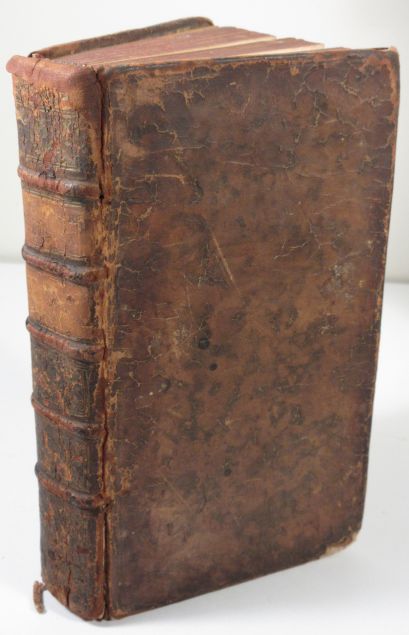 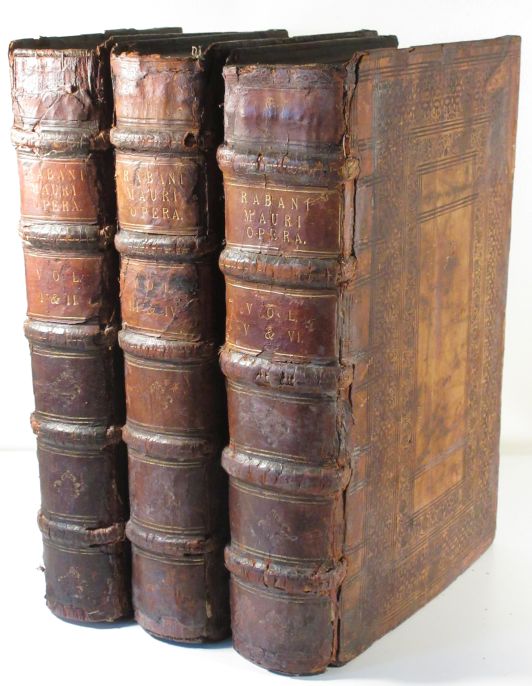 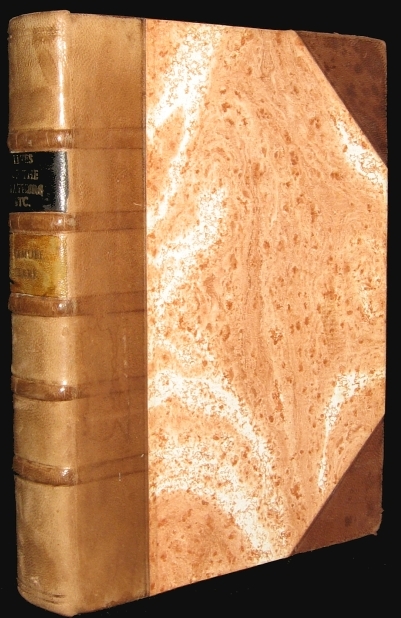 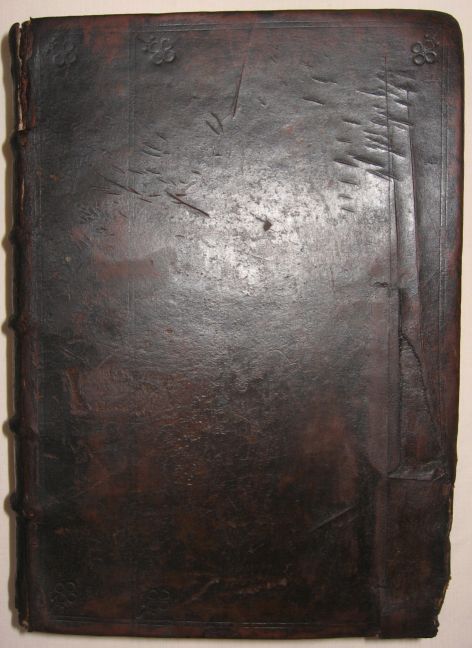